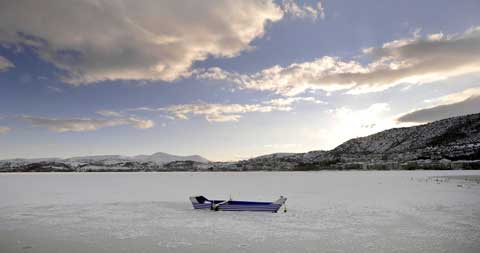 Early into the crisis, Greece was portrayed as a bad egg, its people seen as victims of unchecked spending, of lost moderation, of imprudence. Greeks had to be made to pay for their mistakes.

Ordinary people were made to think so too, at least those of us who had for a long time predicted the failings of an ailing state mechanism, a vulgar political system, and a kleptocratic elite that squandered the nation’s resources.

Allegations of collective responsibility were conveniently adopted and reproduced by the individuals who were mostly to blame for the impoverishment of the people and the dismantling of the state. This was, after all, the reason why they were quick to adopt the painful rescue package designed by the European Union and the International Monetary Fund, without any serious effort to negotiate or see it through.

Lacking a sense of clear direction, or a contingency plan, Greece’s vulgar and grossly incompetent political elite put all of its energy and effort into one single objective: Saving itself. The burden was as a result placed on the victimized people and the demonized foreigners.

The Greeks were punished in many different ways. They were impoverished, sometimes to the point of destitution; and on top of that, they were humiliated. The people became the laughing stock among serious or pseudo-serious European partners, the scapegoats and the target of vitriolic attacks.

Using Greece as an example to be avoided worked. But not for long.

Attempts to ridicule Greeks, which were to some degree justified, have proved to be unfair. They seem driven by self-interest in a bid to cover up all sorts of failings and weaknesses including the structural shortcomings of the euro currency and of Europe’s elites. Greece is being dragged like a sacrificial lamb to the slaughter.

The number of black sheep in Europe, meanwhile, is growing. The idea is gaining ground on both sides of the Atlantic. And it is being consolidated as a moderate interpretation of what is happening at home and abroad, despite the relentless it’s-all-the-Greeks-fault propaganda and foreign conspiracy theories.

Truth lies somewhere in between. We can finally let Europe and the rest of the world know that Greece’s woes -- some of which are of its own making -- are the new paradigm. If Greece falls, more nations will follow; for better or worse.