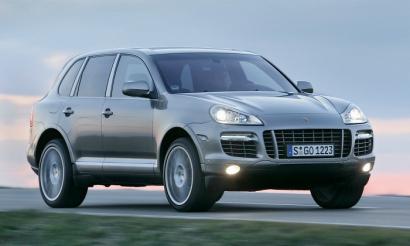 Which city tops the global list of per capita ownership of Porsche Cayennes? It’s arguably a 100,000 euro question, the starting price for Porsche’s pricey SUV.

London, New York or Larisa? Don’t laugh, but the correct answer is the third.

Larisa, which has about 250,000 inhabitants, is the capital of the agricultural region of Thessaly in central Greece.

As Professor Herakles Polemarchakis, the former head of the Greek prime minister’s economic department, wrote in a recently published article, Larissa “is the talk of the town in Stuttgart, the cradle of the German automobile industry, and, particularly, in the Porsche headquarters there”, since it “tops the list, world-wide, for the per-capita ownership of Porsche Cayennes”.

“The proliferation of Cayennes is a curiosity, given that farming is not a flourishing sector in Greece, where agricultural output generates a mere 3.2 percent of GNP in 2009 (down from 6.65 percent in 2000) and transfers and subsidies from the European Commission provide roughly half of the nation’s agricultural income,” Polemarchakis’ wrote, in a recent article that appeared in the Bulletin of the Economics Research Institute of the University of Warwick, where he teaches economics.

“A couple of years ago, there were more Cayennes circulating in Greece than individuals who declared and paid taxes on an annual income of more than 50,000 euros,” he pointed out.

Regarding the Greek debt crisis, Polemarchakis, a once close friend of George Papandreou, noted that there is no easy way out, drawing a parallel with the situation in medicine.

“One can recall a time when modern medicine, despite its research in biology and chemistry, could not treat or cure for illness that have since been conquered. When modern medicine failed, desperate patients turned to the village medicine man and his promises. A Western doctor visiting Egypt a few years ago, for instance, was shocked to find that villagers preserved and nibbled on crocodile heart as a cure for impotence, as the local medicine man had advised,” he wrote.

He added that in economics, buffeted by politics and public opinion, the temptation to find someone who offers fast and easy solutions, the economic equivalent of the medicine man, proves almost irresistible in promising to cure suffering and loss.

“These crises of our times create an urgent call for good economics: the intellectually demanding, hard core theory and empirical work that provide the underpinnings for sound economic policies,” he continued.

Polemarchakis’ concluding remark is that “these policies will not offer quick, painless solutions to the world’s economic woes. Alas, for Greece and other nations, there is no viable crocodile heart cure.”